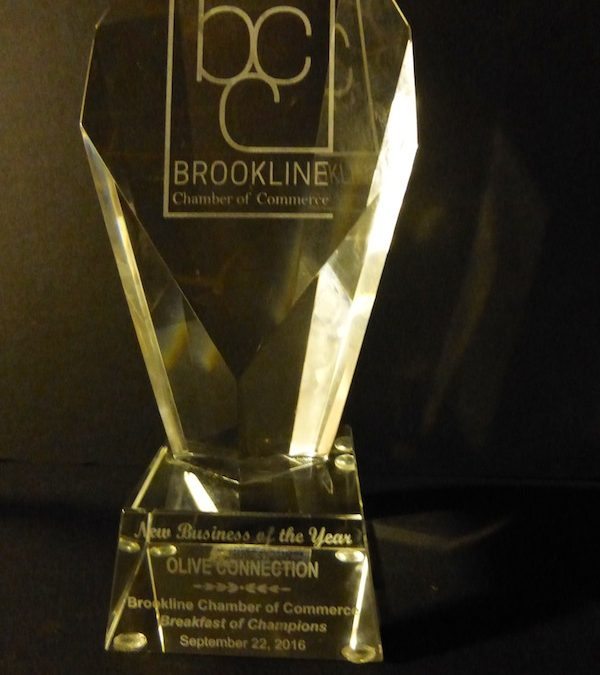 We were proud to be voted the “Best New Business 2016” in the Best of Brookline Business Awards alongside other award-winning Brookline businesses and to receive our award from Robert Kraft, owner of the Patriots,at a breakfast given by the Brookline Chamber of Commerce. It was a star struck morning, even though he referred to himself as ‘just a guy from Fuller Street’ where he grew up.  He is a Brookline resident too, and his interview was warm and inspiring. 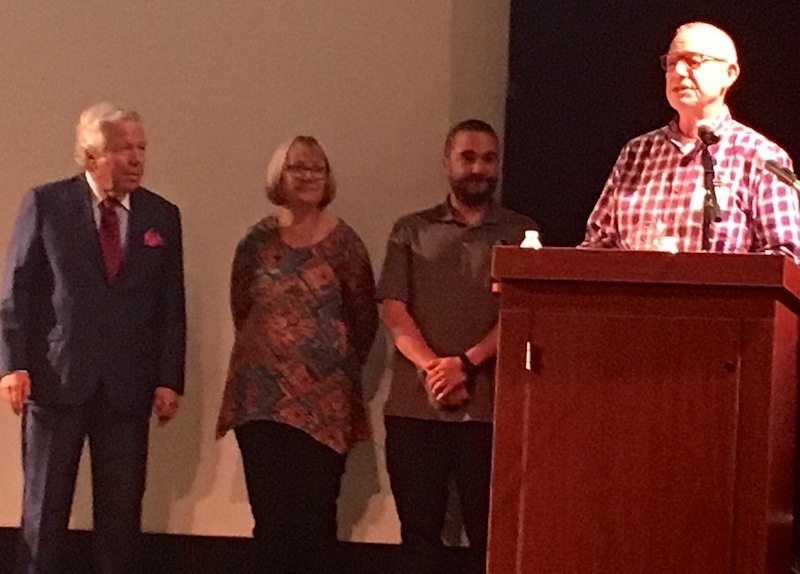 He talked about the influences in his life.  His mother had a note in the kitchen that said,” Hard Work, Perseverance, Charity”.  His father was the relationship guy, got people together and everyone liked him.  He was a person of integrity. His uncle, a businessman, said early on he should go to Harvard Business School.  He went to the admissions office in high school and made friends there and asked what he had to do to be accepted. They took a liking to him. He got in.  He encouraged everyone in the room to do random acts of kindness.  In business, it is about relationships and doing the right thing.  Trust is key. He liked that we are a family business as is his, and WINNING is most important in every business they are in. Two things bring people together-sports and music.  Today he spends 20% of his time with his charities, giving people jobs and hope.  Then he told the real story of Putin and the Super Bowl ring…ask us about that sometime! 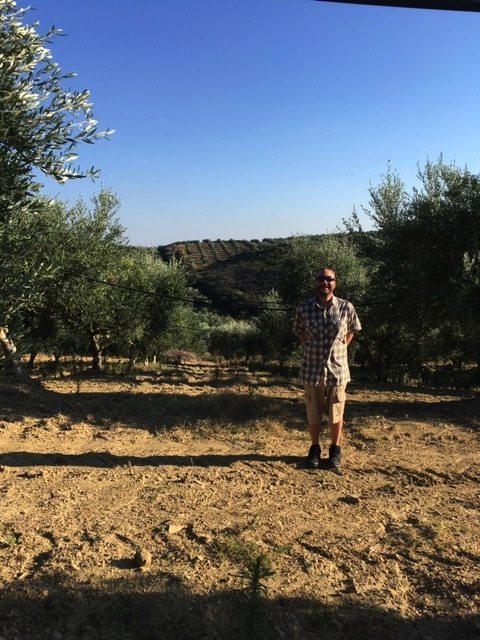 CJ in Greece at the Olive Table Groves

CJ just returned from 2 weeks in Greece, where he visited the Olive Groves of our best selling Koroneiki Olive Oil. This was the favorite part of his trip, 2.5 hours from Athens near Sparta, Tripoli, Olympia, and Kalamata. 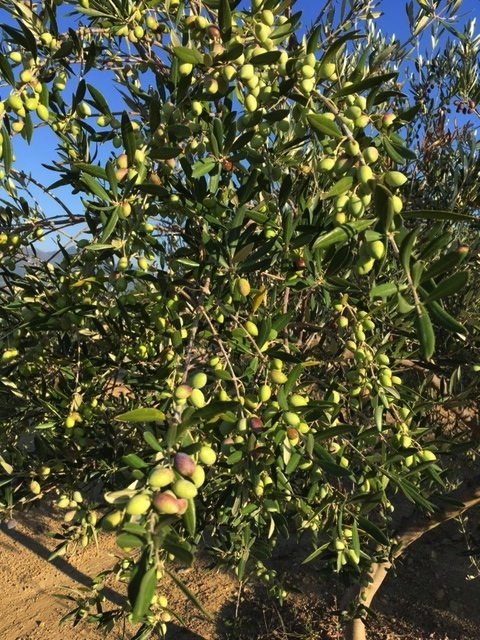 Olives too early for harvesting 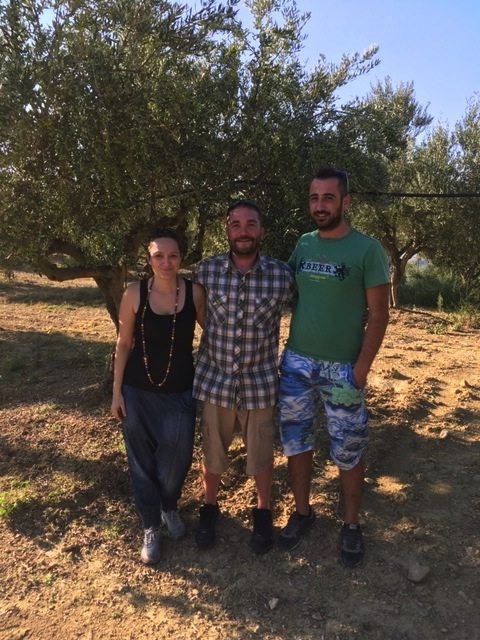 His hosts and new friends Vasilenia and Niko on the property 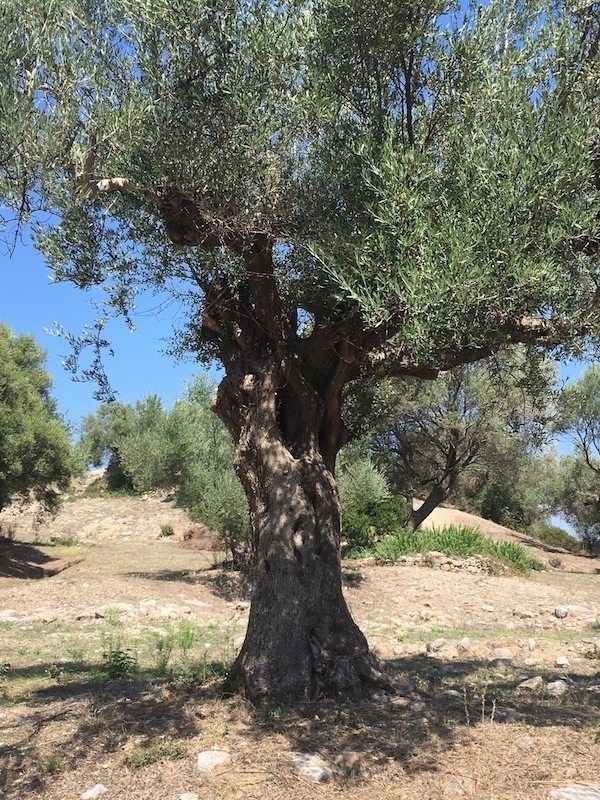 Wild Olive Tree inside the archeological site in Kyparassia. 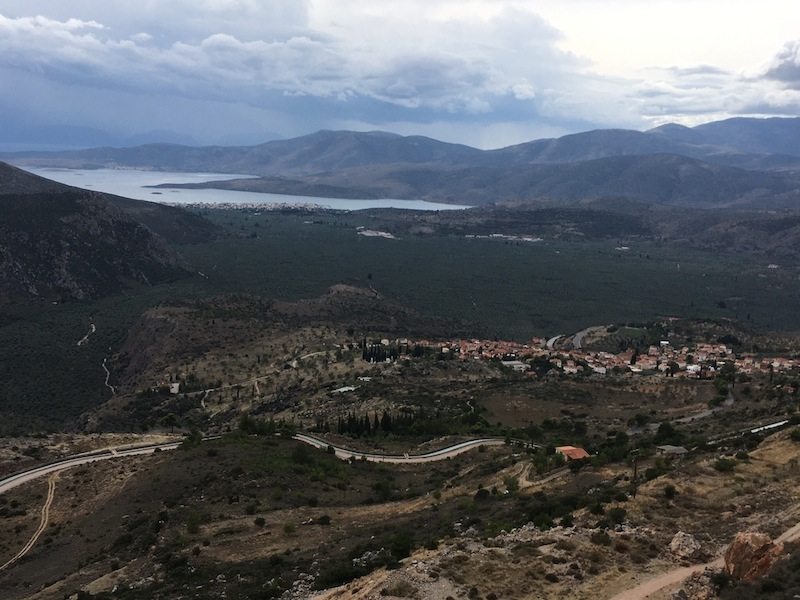 Delphi, where there are 1 million olive trees. Biggest in Greece 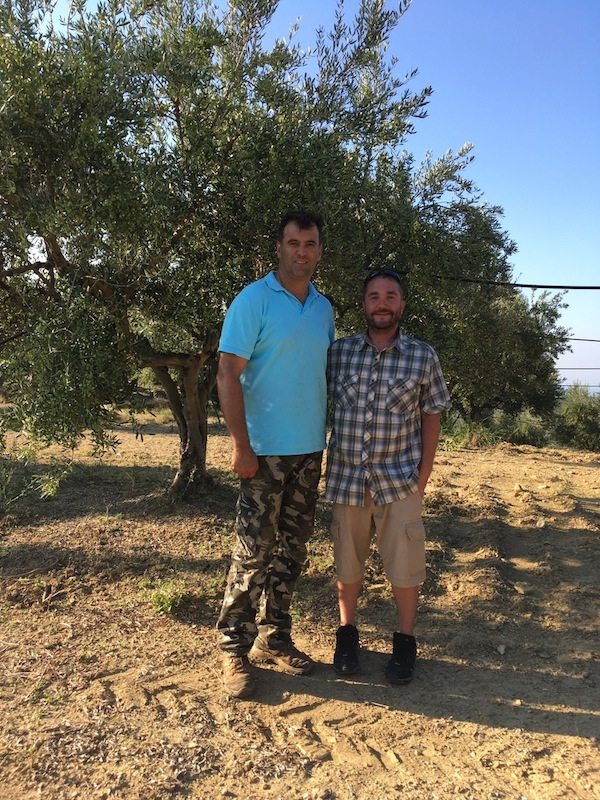 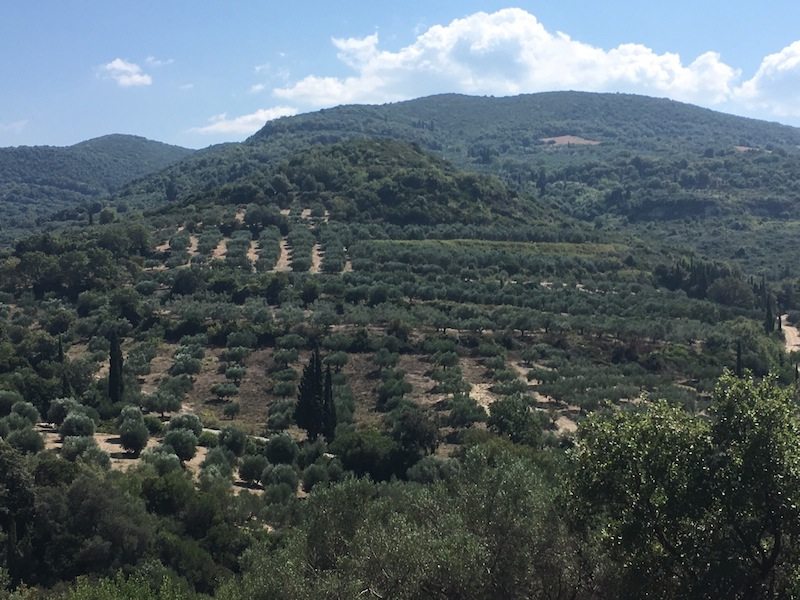 A grove in Kyparassia, and view from the archeological sites.

Next year we are invited back for the harvest…anyone interested in coming with us?  Guaranteed to be a fabulous experience.

We had an awesome event at the store last week, Jan Buhrman, chef from Martha’s Vineyard made Paella for 30.  Was a treat to see how simple it is. Yummm 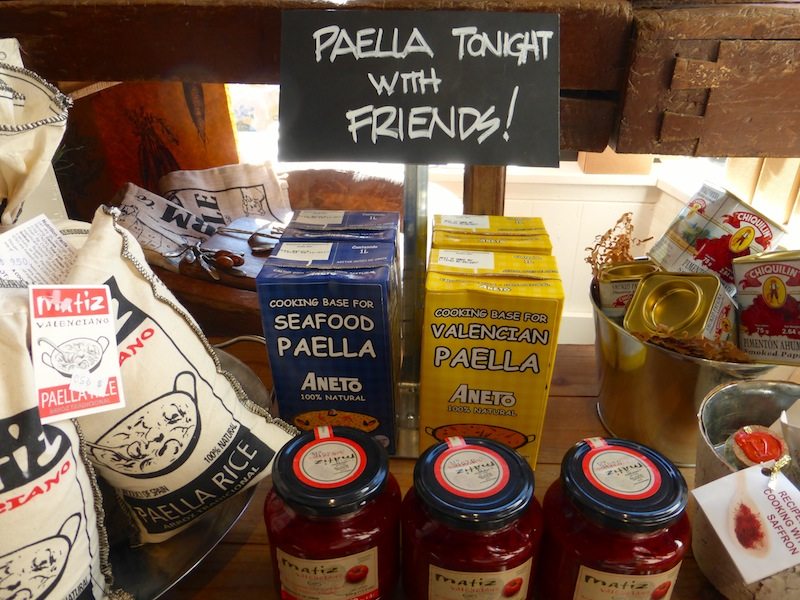 We have all the best ingredients from Spain. Sofrito, Saffron, Rice and a Rich Stock

We changed our store into Fall- Windows are Foods For Football Season, and Gifts. 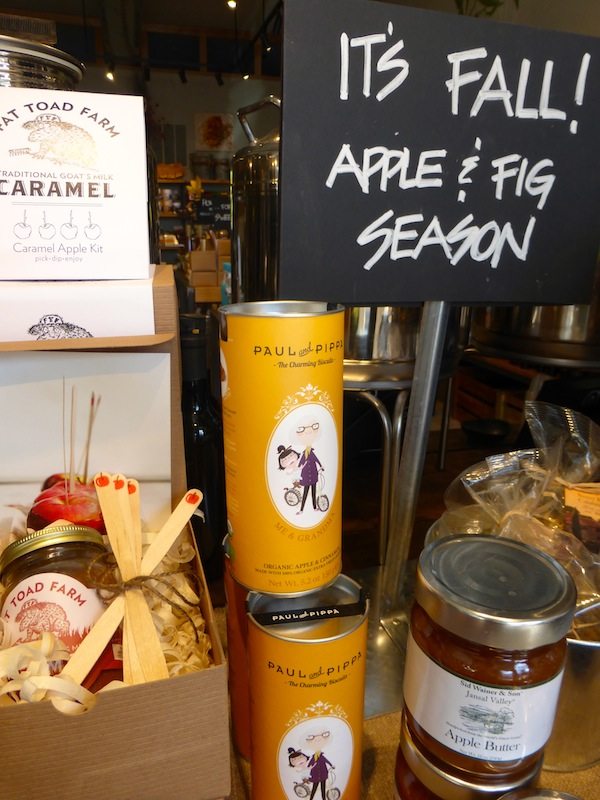 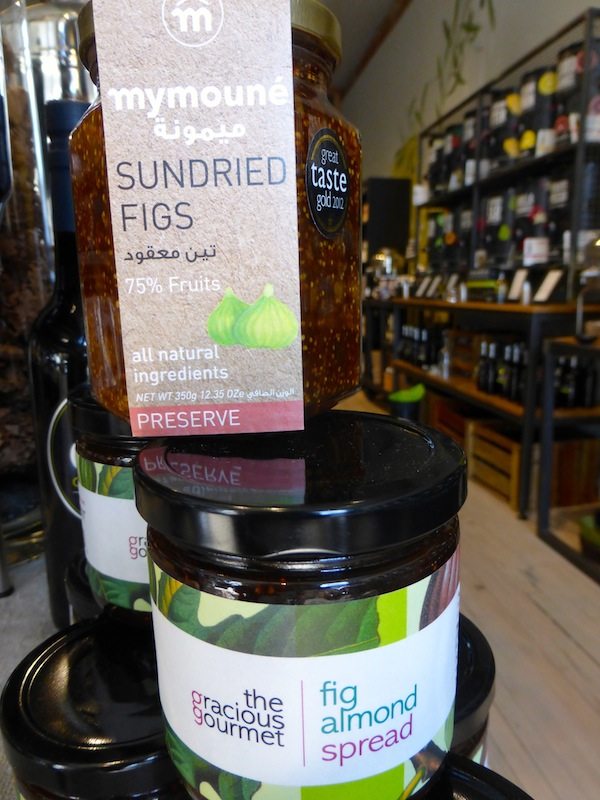 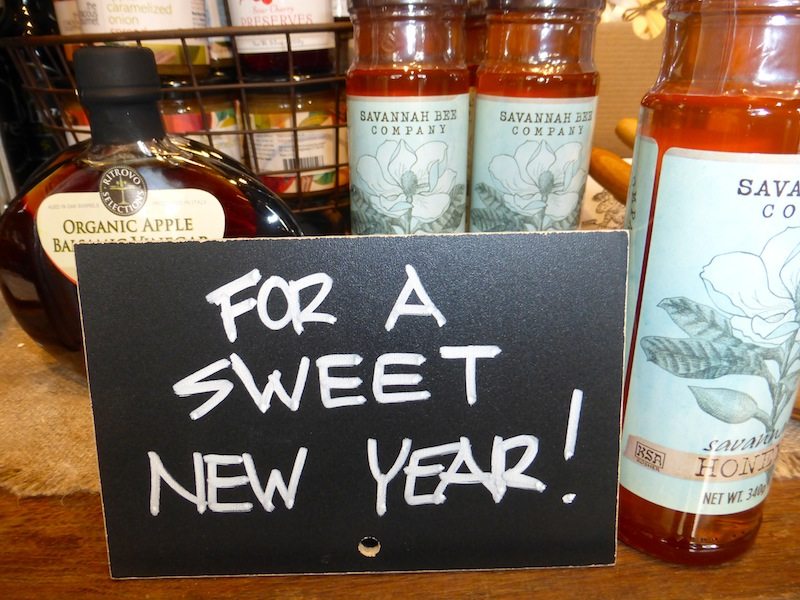 Hostess Gifts for the Holidays.  A huge array of honeys from around the world and locally…to celebrate Rosh Hashanah, the Jewish New Year.  And gifts the entire family can enjoy… 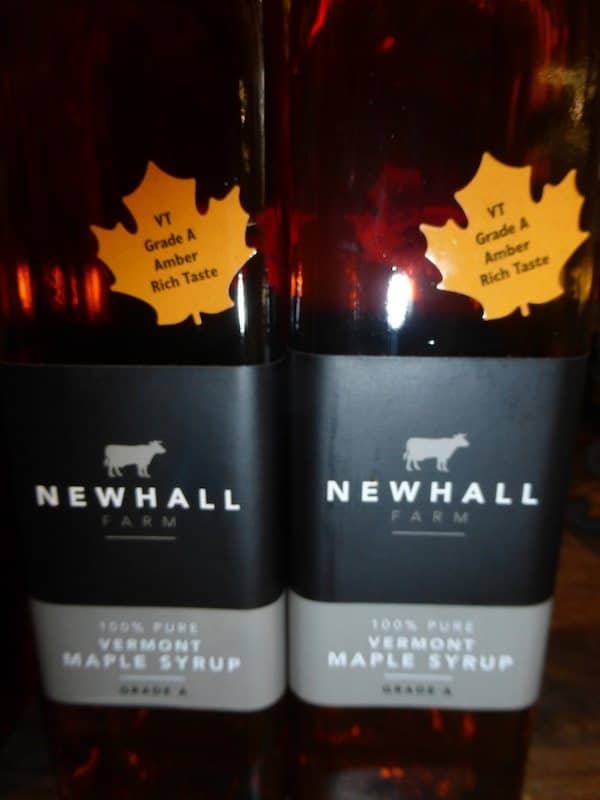 Don’t run out of maple syrup this season. Ours is Grade A Amber Delicious 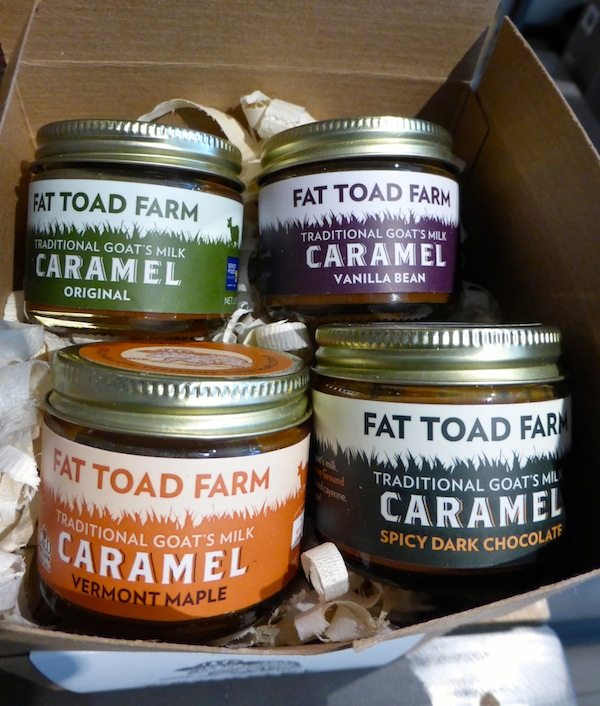 We know our customers love Big Farm Goats Milk Caramels, so try these delicious sauces. The kids will love them.

And I could not resist sharing something my hairdresser is selling…hilarious. You’ll have to go to Newbury Street to buy this! 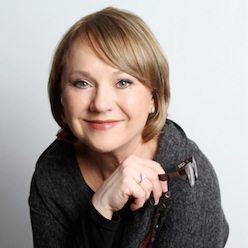 Life happens in the “and” moments – the places where we let more in, allow new directions of thought, create connections, remain open to all possibilities.
After 4+ decades at Crate & Barrel, I'm writing on retail, travel, marketing, the arts, causes that matter, & everything along this journey forward.